She cofounded Mafucage, a collective ensemble of experimental women musicians in the 90s in Paris.

She leads her project, “Bass Holograms” under several forms. Solo or collaboratively, forming the “Bass Holograms ensemble” as in New York with Chess Smith, Mark Bingham or Emilie Lesbros, as well as in New Orleans or in duo with drummer Benjamin Sanz.

She is also pursuing a work on radio art through sound pieces at the cross-roads of essay, fiction, documentary and sound poetry that won several international awards (Luc Ferrari Prize in 2010, Prix Italia in 2011, Phonurgia Nova in 2013).

Her latest project FKBass consists of an augmented bass

with built-in technology designed specifically for her musical creations and her solo Bass Holograms.

Her vinyl albums and CDs are edited and released under the label Soluble dans l’air and under European and American labels such as Cry of Silence, Arboretum NYC, Magnetic Deer, Gracia Territori Sonor Piety Street Files and Media Archives, and Radio France.

She is also the designer of “Sonic Totem” an interactive sound sculpture, produced at the Hangar art center in Barcelona.

She won the Villa Medicis Scholarship in 2009 and the Face Council for Contemporary Music in 2016. Her work is shown wordly in places like Louvres Abu Dhabi, documenta 13, centre Pompidou, GRM or Ircam, and she performed her projects in India, China, the Middle-East, Europe and Us.

Physical, plastic, instrumental, abstract, radiophonic. She uses the vibratory and invisible qualities of this medium as a metaphore of unrevealed aspects of reality, questioning perceptions and creating disruptions in space and time.

In her pieces, sound and silence are often forming an anthropological dispositive to collect, investigate and reorganise fragments of reality and identitites through orality. Listening is considered as a practice of resistance -to imposed productivity of time, visual saturation, short span of attention-

Lately, she is investigating the relation between technology, magic, and the technics of the avant garde (such as cut ups and surrealisme).` 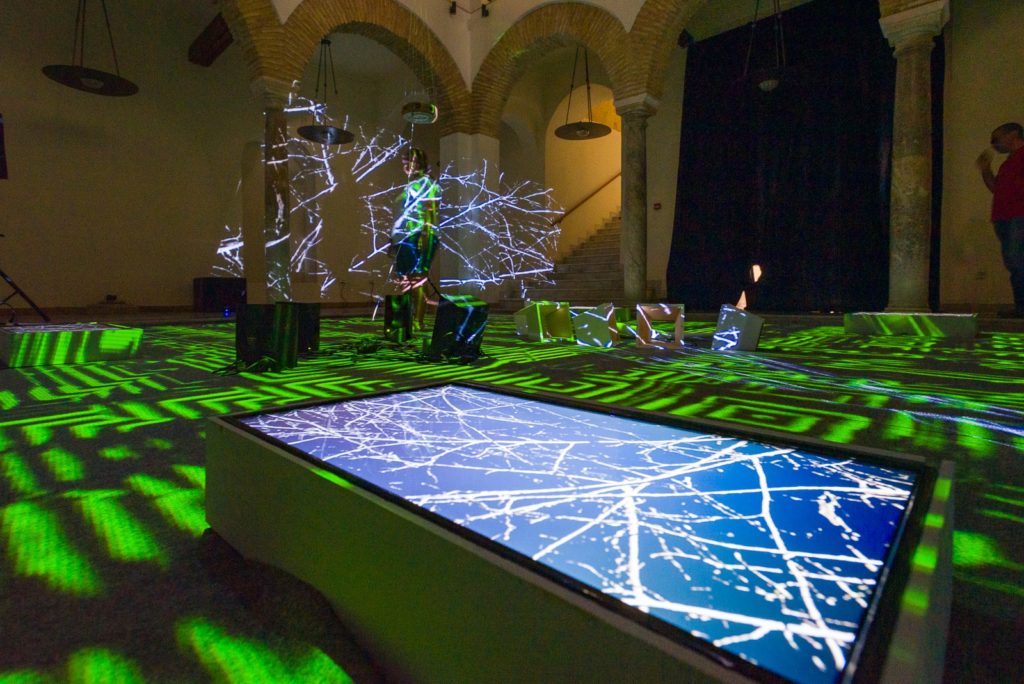 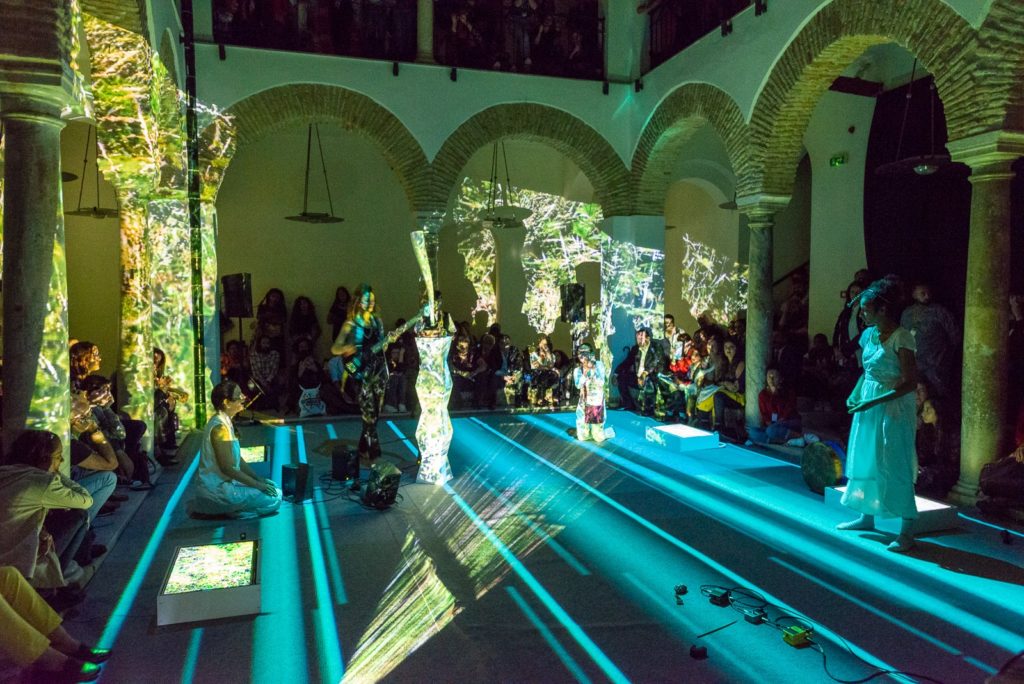