In Project Sonic Totem, Parisian bassist/sound technologist Floy Krouchi and New York saxophonist Devin Brahja Waldman pair up to explore the question of how technology can offer dynamic meaning in our lives. By extending the ancient symbol of the totem into hi-tech zones, the project aims to create a sonic experience where computer science, contemporary aesthetics and the concept of ritual all merge.

During a 2017 and 2018 residency at the Hangar research center in Barcelona, Krouchi designed a sensile receptacle/sound transmitter named the “Sonic Totem.” Programmable to respond according to proximity of one’s movement, the Totem serves as a versatile tool of real-time interaction. The Totem also operates as a database for sound sources from around the world. From spoken word to diverse noises and melodic/rhythmic fragments which are uploaded to the Totem,

this unique device may be thought of as an interactive archive which replies to the sounds and gestures of the performer. A third function of the Totem is to transform live sound. Performing the role of a monolithic pedal board with sonic parameters set by Krouchi herself, the Totem’s sound effects bind themselves to the performers’ instruments, capable of transmuting a live signal in innumerable variations.

In their live performance, Krouchi and Waldman present an investigation of each of the three above functions of the Totem. Examining movement, sound and archive alike, this work regards the Totem as collaborator as well as Muse. Krouchi and Waldman’s compositional approach in this piece combines elements of minimalism, repetition, experimentalism, transe, improvisation and indeterminate music.

With floating rhythms which periodically burst in furious color, Project Sonic Totem positions itself somewhere between the dynamic sound worlds of Morton Feldman and Bad Brains. The composition’s slowly-evolving sonic patterns may be looked at as incantations warming up an oracle. In the piece’s crescendo, the Totem answers through its randomized function, where not even the composers are privy to what it will do. 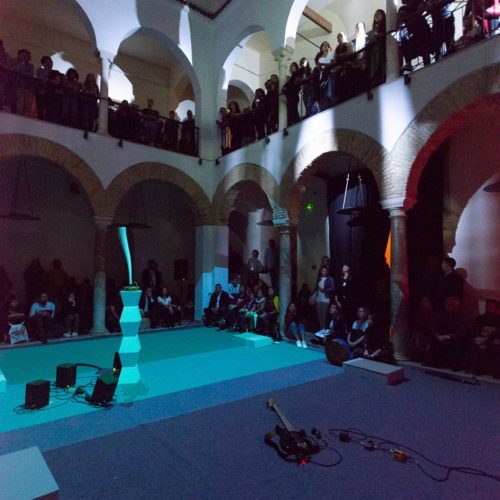 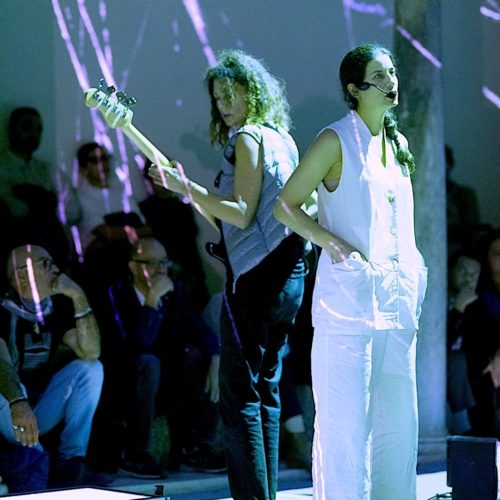 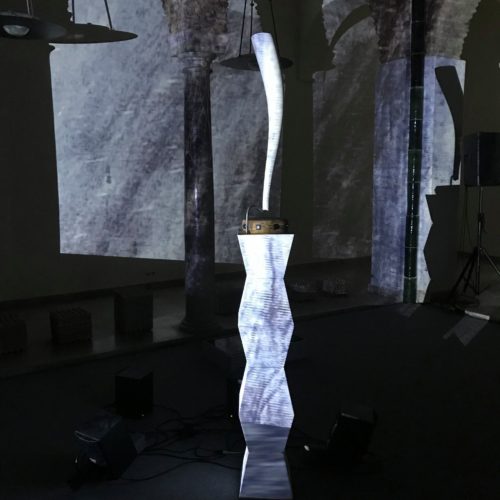